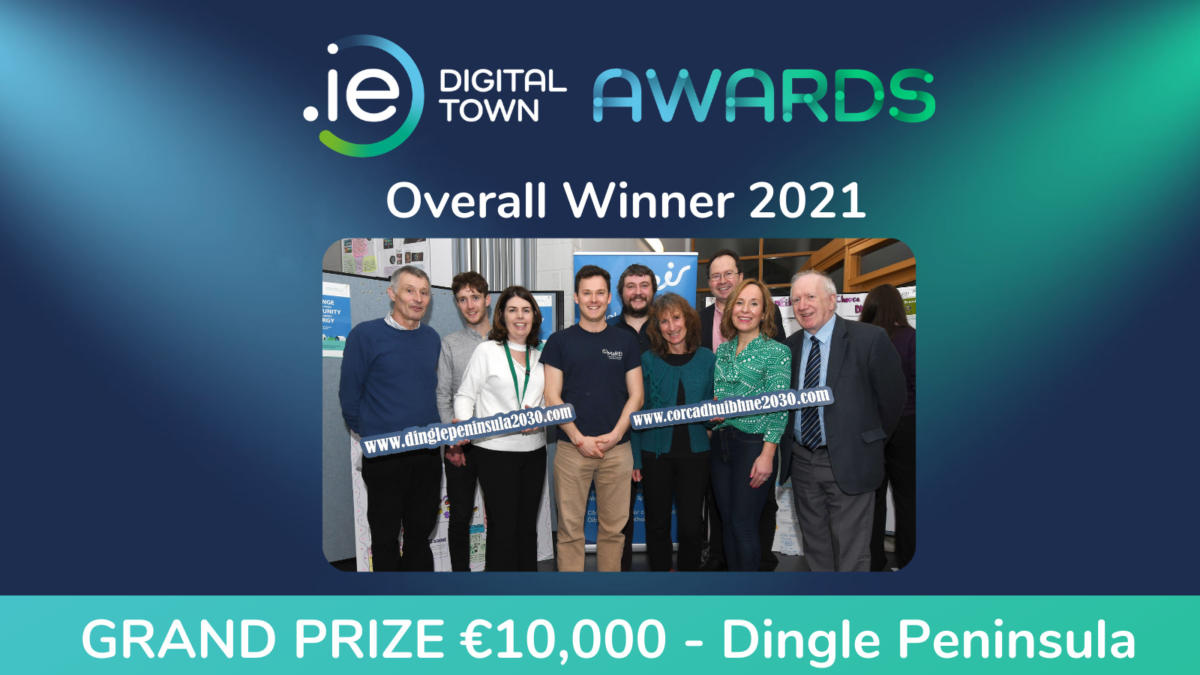 The .IE Digital Town Awards were created to ‘shine a light’ on local towns, projects and people that demonstrated digital thinking and innovation for the betterment of the communities and societies that they serve.

In addition to winning the Small Town category prize of €9,000, Dingle Peninsula will receive an additional prize of €10,000 for their town as overall winner – bringing their total prize winnings to €19,000.

Speaking at the ceremony, a .IE spokesperson recognised Dingle’s “creativity, resilience and overall excellence in delivering a unique and lasting contribution to digital advancement in the town.” Dingle Peninsula in Co Kerry has been announced as overall winner at the inaugural .IE Digital Town Awards 2021 by Minister Damien English, Minister of State for Business, Employment and Retail at the Department of Enterprise, Trade and Employment. At a virtual awards ceremony this afternoon, the town was chosen from the five town category winners as overall winner. In addition to winning the Small Town category prize of €9,000, Dingle Peninsula was awarded an additional prize of €10,000 – bringing its total prize winnings
to €19,000.

The .IE Digital Town Awards, established by .IE, the company that manages and maintains Ireland’s country domain name, were launched earlier this year to honour local town projects and people that have demonstrated how digital projects have contributed to enhancements or digital improvements in areas such as health, tourism, education, public services, employment opportunities, citizen empowerment, and social entrepreneurship.

The aim of the awards was to ‘Shine a Light’ on the good work and achievements of towns that demonstrated digital thinking and innovation for the betterment of local people, services, and society.

There was a total prize fund of €100,000 across 14 award categories. Eleven of the awards were for individual town projects, with a further three special awards recognising a Digital Changemaker, a Digital Rising Star, and a Digital Hero.

Dingle Peninsula came out on top for their innovative project ‘Reimagining Creatively Through Digital’. The focus of the Dingle team was on promoting innovation and imagining new ways of doing things through digital. Among the highlights was a pilot initiative to increase sustainability and productivity by collecting ‘real-time’ data using sensor technology such as current and predicted weather and soil conditions, and grass growth rates.

The Road to COP26

Ploutos announces the official launch of its Sustainable Innovation Pilots!